Claudia Colmenarez Ortiz studied law in México (1999-2004 Morelia, México). From 2003 to 2005 she worked as a legal advisor at the law firm Juan José González & Asociados (Morelia, México). In 2006 she joined the UNESCO–ICOMOS San Antonio Project, which strives to rescue Vernacular Architecture and to foster an integrated development of an indigenous community in Mexico.

In 2009, Claudia Colmenarez obtained her LL.M in European and Comparative Law at Ghent University. During her masters studies she worked for two months at the law firm Kelley Drye & Warren LLP (Brussels, Belgium) where she worked on a research project on the national implementation of the EU Environmental Liability Directive and collaborated in the Spanish translation of the Draft of the COMPACT (Contractual Mechanism for Response in the Event of Damage to Biological Diversity Caused by the Release of a Living Modified Organism).

Since December 2010, she has been working on her PhD entitled: “Liability for environmental damage caused by genetically modified organisms, under International, European and Mexican law.” Her PhD supervisor is Prof. Dr. Frank Maes, and co-supervisors Prof. Dr. An Cliquet and Prof. Piet van der Meer.

She is currently taking an international e-learning course at the Institute of Plant Biotechnology Outreach (IPBO) in cooperation with UNIDO as part of their e-Biosafety network and aims at training scientists and law specialists in biosafety expertise and evaluation both at governmental and industrial levels. 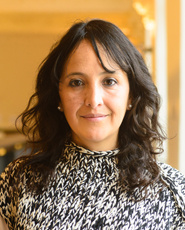