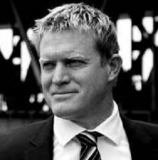 Robert Makgill became a Doctor of Law in the topics of sustainable management, the international law of the sea, and New Zealand State practice in 2019 (Ghent University).  Previously, he completed a research scholarship with the Maritime Institute in 2005, and obtained a Bachelor of Laws (University of Waikato) in 1994 and Master of Laws in Environmental Law (University of Auckland) in 1999.

Robert is barrister (based in Auckland, New Zealand) with 25 years’ experience specialising in public, environmental, property, and international law.  He regularly appears as counsel in court proceedings involving his fields of expertise (evidential and appellate level), and advises foreign govts., central govt., local govt., and inter-governmental organisations on public and environmental law matters.

Robert appeared as counsel in the  International Tribunal for the Law of the Sea's (ITLOS) advisory opinion proceedings on deep sea mining in 2010, and assisted with advising a party to the ITLOS advisory opinion proceedings on illegal, unreported and unregulated fishing in 2015.  He chaired International Seabed Authority's legal working group on Environmental Management of Deep Sea Mining in 2011, and facilitated the working group on Ecosystem-Based Management and Deep Sea Mining in 2016.

Robert is especially interested, as a barrister academic, in the interface between science, policy, and litigation.  He routinely publishes in these areas, as they relate to his fields of expertise.