Klaas Willaert graduated as Master in Law (summa cum laude) at Ghent University in 2012 and obtained an Advanced Master in Maritime Science (summa cum laude) in 2013. After finishing his studies, he worked as a research assistant at the Faculty of Law and Criminology of Ghent University and wrote a doctoral thesis on maritime piracy ('Modern Piracy in East and West Africa: legal framework, counterstrategies and prosecution’), which he successfully defended in 2018. The law of the sea is his area of expertise and he has conducted postdoctoral research into the legal aspects of deep sea mining. Through the years, Klaas presented his research at international conferences and produced numerous academic publications and scientific reports. He also provided independent legal consultancy services to various organizations, is closely involved in the evaluation and reform of the Belgian legislation on deep sea mining, and participates in the annual sessions of the Council of the International Seabed Authority as part of the Belgian delegation. Klaas holds memberships of the International Association for the Law of the Sea, the Belgian Association of Maritime Law and the Royal Belgian Marine Academy. Furthermore, he is heavily involved in the organization of the advanced master program MSc in Maritime Science and the Port Management course series at Ghent University, serves as a member of the steering committee for the annual Maritime Symposium and is part of the editorial board of the marine journal De Grote Rede. In 2021, he was appointed as professor Law of the Sea at Ghent University. 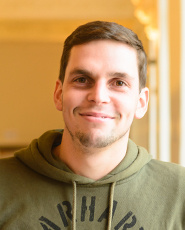