An Cliquet currently teaches courses on international and European environmental and biodiversity law, law and ethics on marine nature conservation, as well as some courses on public international law in general. 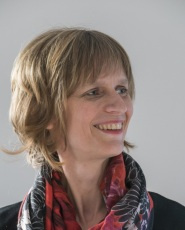