Faculty of Law and Criminology
Department of European, Public and International Law

Sebastiaan graduated with a Master’s degree in Law from Ghent University in 2017.

He wrote a thesis on the state responsibility implications of the Russian intervention in Ukraine, dealing with the Ukraine v. Russian Federation case before the International Court of Justice.

During his studies in Ghent, he was active in the United Nations Youth Association (UNYA), acting as president from 2014 to 2016. He also worked as a student in the Ghent University Human Rights Clinic project. Furthermore, he worked as an intern at UNAIDS in Geneva (2017), at the UN Directorate of the Belgian Ministry of Foreign Affairs (2017), and at the Belgian embassy in Bangkok (2015).

Sebastiaan is an assistant and PhD researcher in the department of European, Public and International Law at Ghent University since December 2017. 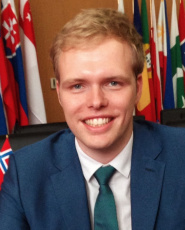