Faculty of Law and Criminology
Department of European, Public and International Law
Expertise:

Previously in 2015, she was selected to participate in the International Criminal Court Moot Court Competition for UM, and competed in the role of “prosecutor” in the competition, held in The Hague in May 2016, and helped the team of UM reached the quarter finals of the competition. In 2017, she participated Model United Nations Conferences in Macau and mainland China, and was awarded “Outstanding Delegate” and “Best Policy” in the conferences.

Since 2019, she is a doctoral researcher at the Department of Public International Law at Ghent University. Her research is carried out under the supervision of Prof. Frank Maes, on the topic of “Transboundary Environmental Law Implications of the Belt and Road Initiative: A Case Study on the Chinese-European Railway Corridor Construction”. 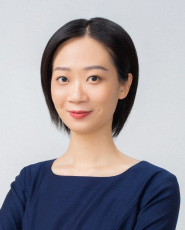