Since January 2006, he has been working as an environmental lawyer at LDR Advocaten, where he focuses on biodiversity-related cases. In 2011, he co-authored the first edition of the handbook of Biodiversity Law within the Flemish Region.

Throughout the years he has published several articles and book chapters in relation to topics such as EIA, air quality legislation, access to justice, climate change and sustainable development.

Since June 2007, Hendrik has been a voluntary research assistant at the department of International Public Law of Ghent University and in January 2012 he joined the department as a fulltime assistant. He is currently preparing a doctoral thesis on the legal aspects of ecological restoration under the supervision of Prof. Dr. An Cliquet. Furthermore, he assists with the courses ‘Moot Court Public International Law’ and ‘Diplomatic Law’ of Prof. Dr. Frank Maes. 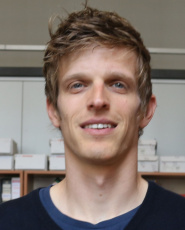