The Roots of International Law at Ghent University

‘International law was born in the spirit of internationalism and progress. The key person in this process was Gustave Rolin-Jaequemyns’ (Martti Koskenniemi, R.B.D.I. 2004)

Gustave Rolin-Jaequemyns and the emergence of the international law discipline

Born and raised in Ghent as the oldest of seventeen children, Gustave Rolin-Jaequemyns followed in the footsteps of his father by studying law at Ghent University. A brilliant student, Rolin-Jaequemyns was first offered a chair in political history at the university. Yet, he refused, out of fear that this would displease his father (erstwhile bâtonnier at the Ghent bar), who preferred to see his son in the more useful profession of barrister. Having a wide interest in history, politics and law, Rolin-Jaequemyns nonetheless continued to write studies and address audiences throughout the country. These intellectual activities came with an important network outside the discipline of law.

At one of the meetings of the Association internationale pour le progrès des sciences sociales, Rolin-Jaequemyns met two like-minded contemporaries, notably the Dutchman Tobias Asser (1828-1913), who taught in Amsterdam, and James Westlake (1828-1913), an English lawyer and later chair holder for international law in Cambridge.

Together, the three went on to establish the Revue de droit international et de legislation compare, the first journal of its kind, which would remain the worldwide leading review for international law up to World War One. Rolin-Jaequemyns served as director of the Revue from its creation until 1878 and again from 1886 to 1892.

Four years after the creation of the Revue in 1869, Rolin-Jaequemyns was instrumental in the foundation of the Institut de Droit International (International Law Institute), during a ceremony in the Ghent Town Hall in 1873. The Institut, founded in the same tradition as the Association internationale pour le progrès des sciences sociales, was the quintessential hub for the revival of international law worldwide, thanks to its itinerant international conferences. Iconic scholars as Johann Kaspar Bluntschli (1808-1881) or Pascuale Mancini (1817-1888), its first president, wrought out a new science of international law. The “law of nations” ceased to be the exclusive realm of diplomats and political professionals. International law could penetrate the national legal order. Public and private international law were treated under the same umbrella. Vice versa, thanks to the inspiration from general principles of law and humanity, the Institute sought to submit states again to the rule of law, drafting recommendations or critically analyzing state practice. The presence of international courts and tribunals, human rights treaties or scientific societies in the field today, have their roots in the works of this foundational generation. Rolin-Jaequemyns serves as the first Secretary-General of the Institut and as President in 1879 and 1885, and became the first Honorary President in 1892.

As a politician, Rolin-Jaequemyns was elected to the House of Representatives for the liberal party (1878), and acted as Home Secretary from 1878 to 1884. Rolin-Jaequemyns’ chronicles of what we would call today current state practice are extremely precious for lawyers and historians alike. In 1891, he embarked on a career outside Europe, as an adviser to the King of Siam. Throughout his career, he received honorary doctorates from Oxford, Cambridge and Edinburgh.

Gustave Rolin-Jaequemyns was not the only family member to leave his mark on the development of international law. His son Edouard (1863-1936), who witnessed the foundation of the Institut as a young boy in the Ghent Town Hall, continued his father’s legacy as director of the Revue (in 1893), and as member and President (in 1923 and 1936) of the Institut, and even as the Belgian Home Secretary (1925-26). Edouard Rolin-Jaequemyns was involved in various important diplomatic conferences, including in the 1899 Peace Conference as a delegate for Siam. He served as judge at the Permanent Court of International Justice from 1931 until his death in 1936.

Gustave Rolin-Jaequemyn’s brother Albéric (1843-1937) became professor at Ghent University in 1881, teaching criminal law and conflict of laws. He served as the dean of the law school from 1924 to 1927. Like his brother, Albéric Rolin became a member, and later President (1906) and Honorary President of the Institut. Among his many publications, reference can be made to his three-volume Droit modern de la guerre (1920-21). Rolin inter alia acted as Secretary-General of the Hague Academy of International Law and received an honorary doctorate from Cambridge University.

Finally, Gustave Rolin-Jaequemyn’s nephew, Henri (1891-1973), son of Albéric, would become a prominent professor at the Université libre de Bruxelles (ULB). In addition to his impressive academic career, Henri Rolin would serve as senator and Minister of Justice, and as judge at the European Court of Human Rights. He was President of the Strasbourg Court from 1968 to 1971.

Already before Gustave Rolin-Jaequemyns and Albéric Rolin took the stage, François Laurent (1810-1887) contributed significantly to the development of the international law discipline. Laurent was appointed at Ghent University in 1836, at the age of 26, shortly after Belgian independence. His broad interest and insatiable curiosity produced a colossal body of scholarship. While Laurent is mainly known as a civil lawyer and a social-minded liberal politician, his career started with an 18-volume work on the history of international law (the monumental Histoire du droit des gens et des relations internationales (history of the law of nations and of international relations, later Études sur l’histoire de l’humanité, 1850-1870, 18 volumes)).

Laurent’s pupil Ernest Nys (1851-1920), lawyer as well as historian, became a professor of diplomatic history and law of nations at the Université Libre de Bruxelles (ULB). In the slipstream of Gustave Rolin-Jacquemyns (1835-1902), Nys was a prolific contributor to the Revue de droit international et de legislation comparée.

Among the successors of Laurent and Albéric Rolin, mention can be made of Professors Charles De Visscher (1884-1973) and Elie Van Bogaert (1919-1993). De Visscher served as professor of international law, and even as dean (1924-1927) of the Ghent law faculty, but eventually left Ghent University after the imposition of Dutch as working language. Between 1937 and 1952, he was consecutively judge at the Permanent Court of International Justice and at the International Court of Justice. Elie Van Bogaert combined his position as professor of international law at Ghent University with a position a senator and served in multiple cabinet positions in the 1960s and 1970s.

Martti Koskenniemi, The Gentle Civilizer of Nations : The Rise and Fall of International Law, 1870-1960 (Cambridge 2005). 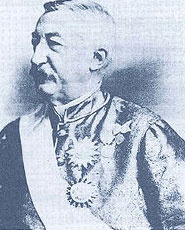 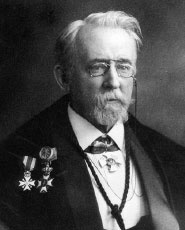 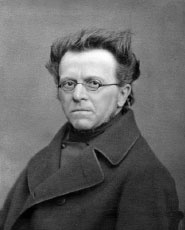