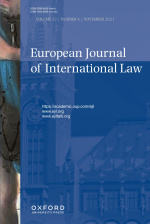 Illegal: The Recourse to Force to Recover Occupied Territory and the Second Nagorno-Karabakh War

The Second Nagorno-Karabakh War, and its lingering aftermath, have put the fundamental and largely unsettled question of the jus ad bellum in the spotlight: when part of one state’s territory is occupied by another state for a prolonged duration, can the former state have lawful recourse to military force to recover its land? Prior to the 2020 conflict, the Nagorno-Karabakh region was widely regarded as belonging de jure to Azerbaijan, but as being unlawfully occupied – for more than 25 years – by Armenia. Accordingly, was Azerbaijan entitled to claim self-defence to lawfully recover it, even though the pre-2020 territorial status quo in the region had existed for more than a quarter of a century? In addition, could Azerbaijan invoke self-defence again in the near or distant future to recover those remaining parts of territory that continue to be outside of its control now that a new ceasefire is being enforced in the region? The answers to these questions have ramifications that extend far beyond the Caucasus, being of relevance for a wide range of pending conflicts around the globe. Upon closer scrutiny, the present authors believe that a negative answer is in order.