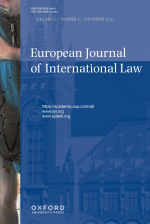 In Defence of the ‘Halt and Repel Formula’? A Reply to Yishai Beer

In ‘When Should a Lawful War of Self-Defence End?’, Yishai Beer zooms in on the scenario where a state engaged in an act of aggression subsequently retreats from the victim state’s territory. In particular, Beer challenges the idea that such behaviour terminates the victim state’s right of self-defence since the key to ending a war should not be left to the aggressor. While the article is a welcome and thought-provoking addition to the debate, this reply questions the wisdom of abandoning the default ‘halt-and-repel’ approach to the termination of self-defence.