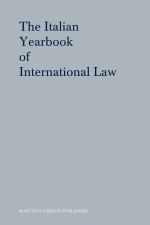 Much has been written on the increasing significance of domestic courts in the international realm. However, the role of the Turkish constitutional judges in determining and orienting the relationship between international law and Turkish domestic law has rarely been subject to legal analysis. Literature on the involvement of the Turkish judges in transnational judicial dialogue is also almost non-existent. As far as the existing Turkish literature is concerned, much of the contemporary writing on the subject tends to focus on the hierarchical position of international agreements in the Turkish legal order. This paper intends to fill an important gap in the scholarship by providing an analysis of the decisions of the Turkish Constitutional Court (TCC) and by illuminating the TCC’s role as implementers or non-implementers of international law, and the scope of their participation in transnational judicial dialogue. Relevant sub-questions concern the extent to which the stance of the TCC’s judges may or may not alleviate concerns of the international community on the rule of law in Turkey, and whether their engagement in international law is substantial enough to limit and moderate the excesses of different political forces, including those in power, engaged in the domestic power struggle.