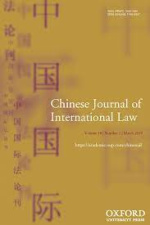 Public interest litigation over erga omnes breaches is commonly associated with abuses that are widespread or systematic, such as cases of genocide or crimes against humanity. By contrast, the prospect of such litigation over more isolated breaches causing harm to specific individuals is mostly ignored. Imagine, however, inter-State proceedings over (proven or alleged) human rights abuses in highly politicized and mediatized cases involving figures such as Julian Assange or Jamal Khashoggi. An alluring prospect to some; lex horrenda for others? The present paper tackles two questions that arise in this context. First, are such proceedings subject to the same admissibility requirements as applicable to the exercise of diplomatic protection (as the ILC has suggested in the past)? Second, is or should public interest litigation be limited to serious and widespread breaches, to the exclusion of more “isolated” ones? With regard to the first question, it is argued that the duty to exhaust local remedies applies mutatis mutandis to public interest litigation, but that the nationality requirement does not. As to the second question, the analysis concludes that a negative answer is in order.