Prof. dr. Tom Ruys is a professor of international law at Ghent University. He studied  law and international relations at the universities of Ghent (Master of Laws, 2003; Ba. Political science, 2004), Nottingham (LLM Public international Law, 2004) and Leuven (Master of Conflict and Sustainable peace studies, 2008).He was a visiting researcher at Yale Law School in 2008 and a visiting fellow at the Cambridge Lauterpacht Centre in 2016. He holds a doctoral degree from the university of Leuven (2009) and is a member of the Brussels bar.

Tom Ruys’ research covers a variety of fields within the domain of public international law, including, the law on the use of force, the law of armed conflict, international dispute settlement, State responsibility, immunities and sanctions law.

He teaches the general international law course at Ghent University as well as advanced courses on the peaceful settlement of disputes and the law of armed conflict. 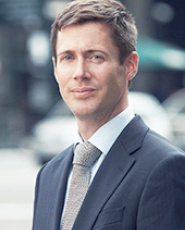