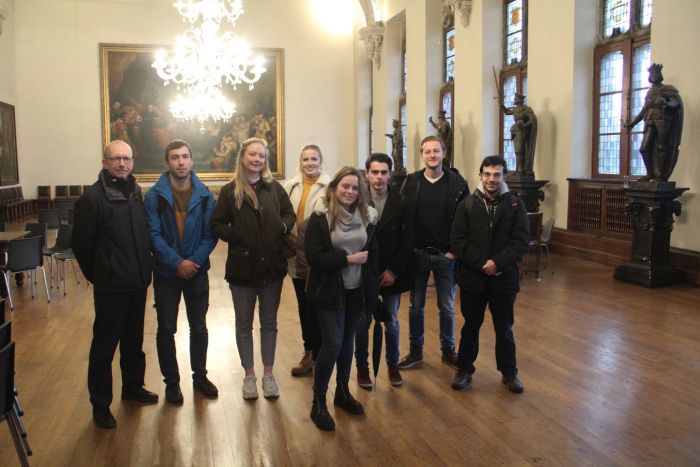 The last field trip of the first semester was an unconventional one. The group was welcomed at the City Hall on Tuesday December 17 for a chat with Port Alderman Sofie Bracke. Afterwards, a visit to the cathedral was made to see the Ghent Altarpiece (The Adoration of the Holy Lamb) of the brothers Van Eyck, the most important work of Western art in our city. A perfect destination to mark the end of 2019 in beauty. 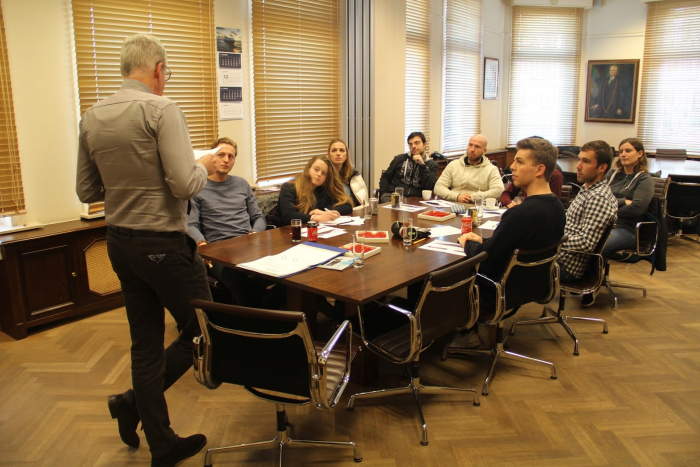 To start the last month of the year 2019, a visit was made to to ‘transport architect’ Lalemant on Tuesday December 3. The main focus of this field trip was on chartering, road haulage, inland navigation… 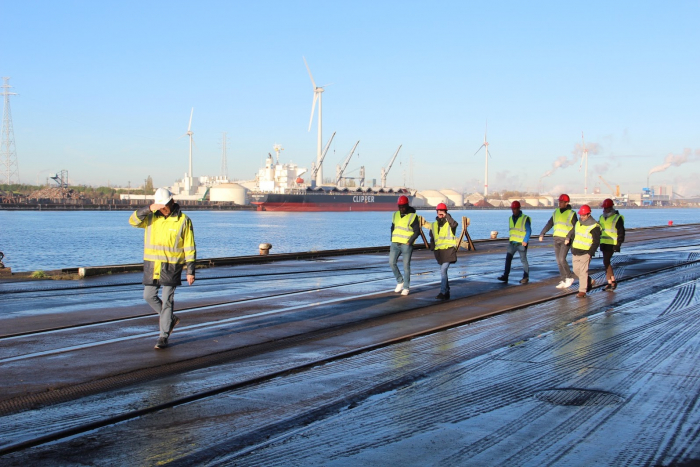 On 19 November, the group made a field trip to Euro-Silo. The focus was on the grain trade and cereals and oilseeds terminal operations. After a global introduction on Euro-Silo, the students were given a guided tour of the installations. Before returning to the university, there was also a short visit to the harbour master coordination centre at North Sea Port. 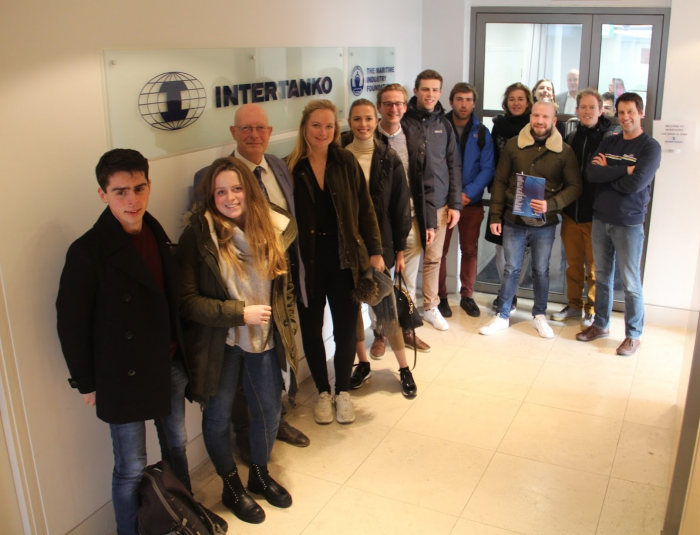 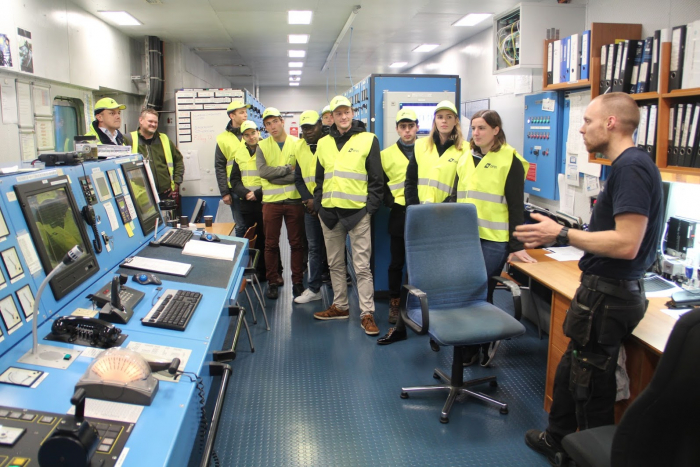 Early November, the students visited the DFDS Belgium terminal and toured the ‘Primula Seaways’ getting ready to sail back to Gothenburg. Prior to that, Managing Director Sam De Wilde gave the students a thorough presentation of the group and of the drivers and dynamics in RO/RO shipping, terminal operations and Intermodal activities. 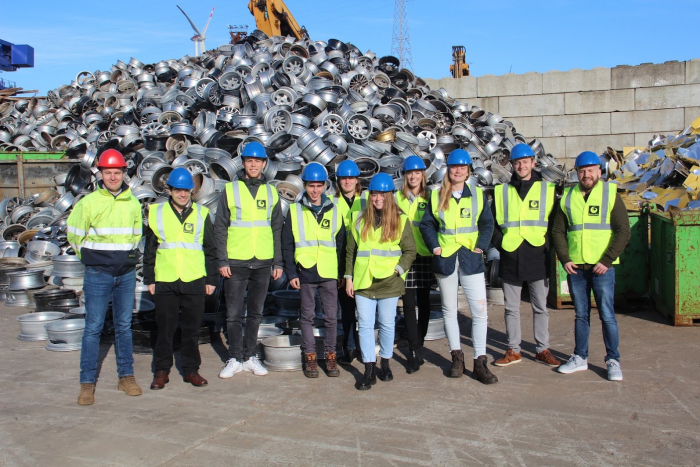 On 29 October, the MSc group visited the recycling company Galloo, the impressive scrap terminal in the port of Ghent. The focus of the summery view outdoors was on dry bulk, scrap and ship recycling. 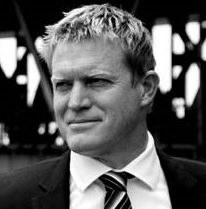 Mr. Makgill's thesis is that ‘sustainable management of the sea’ can be identified as a body of jurisprudence composed of law of the sea doctrine and New Zealand State practice. The principle of sustainable management is put forward as having conceptually evolved through classical and renaissance philosophy, natural law theories of the commons, 18th to 20th century law of the sea doctrine, UNCLOS, the Brundtland Report, and New Zealand legislation to comprise an overarching normative goal for proposed use and development of the marine environment. Moreover, it is contended that the principle's prioritisation of scientific information on the receiving environment and the environmental effects of proposed activities, in favour of resource allocation or distributive justice, provides a more robust approach to the governance of the marine ecosystems as compared to the principle of sustainable development. Mr. Makgill is a New Zealand Barrister who practices public and environmental law. He appeared as counsel before the International Tribunal for the Law of the Sea (Seabed Disputes Chamber) in the Seabed Mining Advisory Opinion and numerous national proceedings concerning use and development of the territorial sea, exclusive economic zone, and continental shelf.

Read more about the defence. 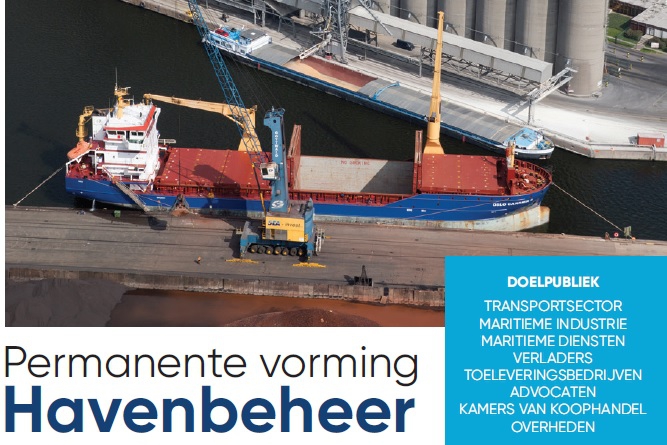 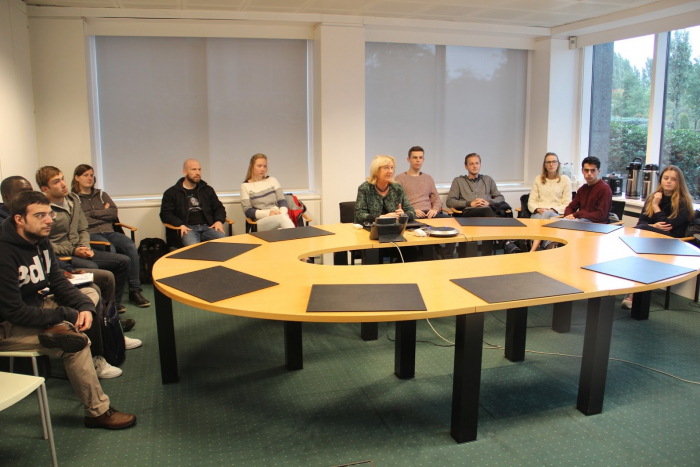 The second field trip was made to Sea-Invest on 15 October 2019.  An very interesting opportunity for the MSc students, as this company is one of the major bulkhandling groups in Europe. 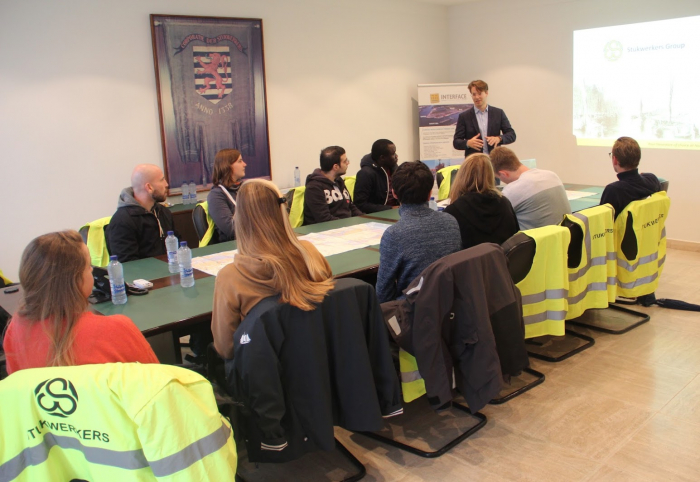 The second field trip took the group to the stevedoring company Stukwerkers on Tuesday October 8. After a global introduction on the company,  a bus tour was made to see some of their terminals in the port area. The focus of this field trip was general cargo. 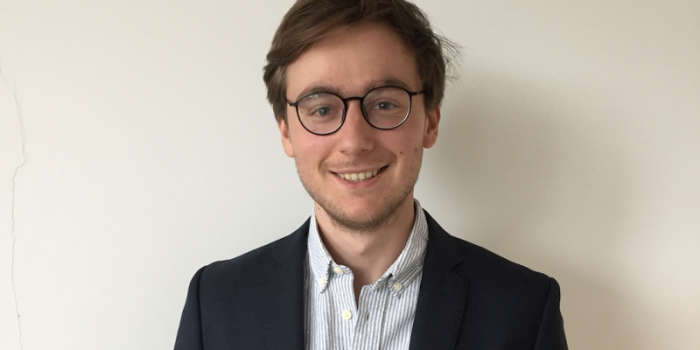 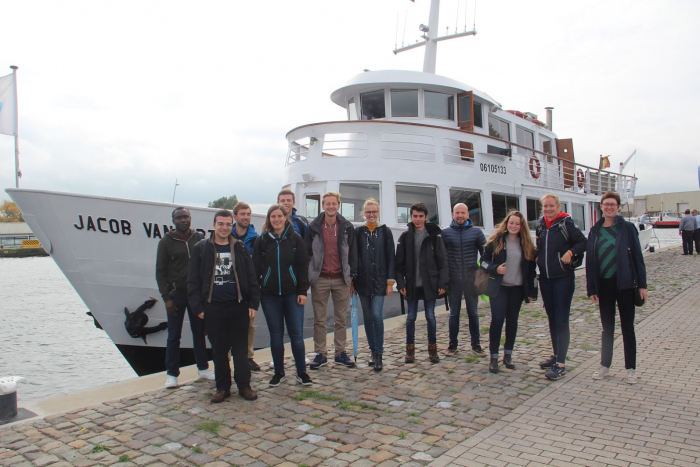 No better way to start the new academic year 2019-2020 than to make a first field trip. On 1 October, the new MSc students visited North Sea Port Flanders in Ghent. After an introduction at the Visitors’ Centre by the CEO of North Sea Port, Daan Schalck, also lecturer in the MSc in Maritime Science programme , there was a guided tour of the port. 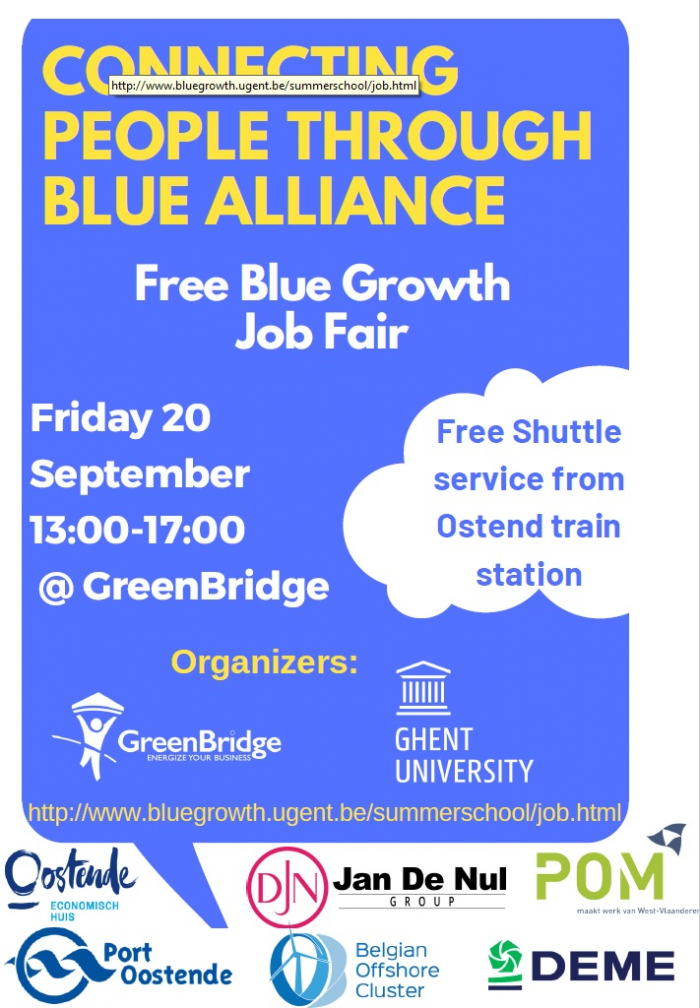 GreenBridge and partners host a unique job fair for Blue Growth companies, to offer a window of opportunity for both students and businesses.
Is your company looking for internships or candidates to fill up vacancies? Then don’t miss out on our blue growth job fair! 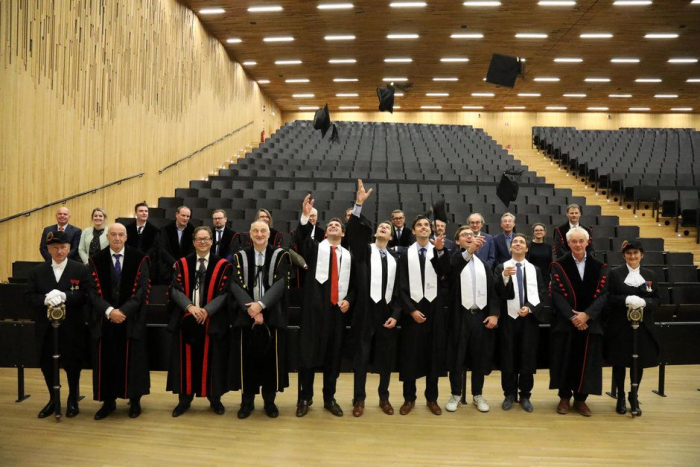 After a very busy academic year 2018-2019, we waved our graduating students goodbye. Happy sailing to you all, please keep in touch!! 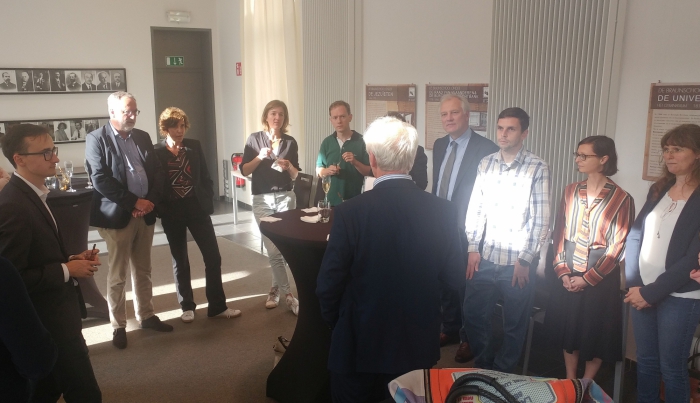 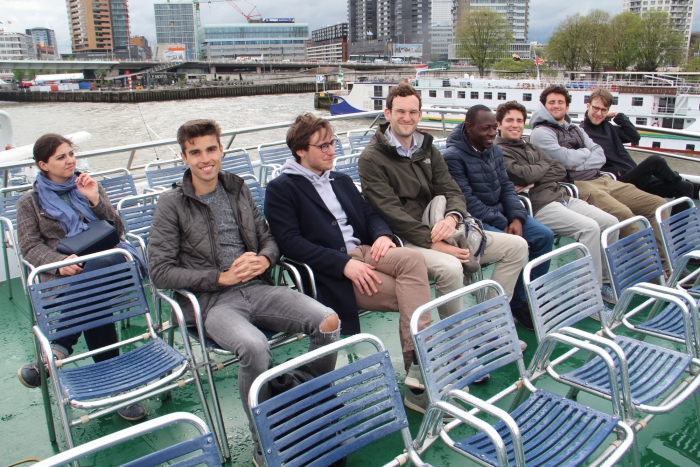 The last field trip of our Maritime students took place on 25 and 26 April in Rotterdam. On this two day trip abroad, the students took a boat tour in the older part of the port of Rotterdam and  made a bus and a boat trip of the Maasvlakte II, the most recent seaward expansion of Europe's biggest port. 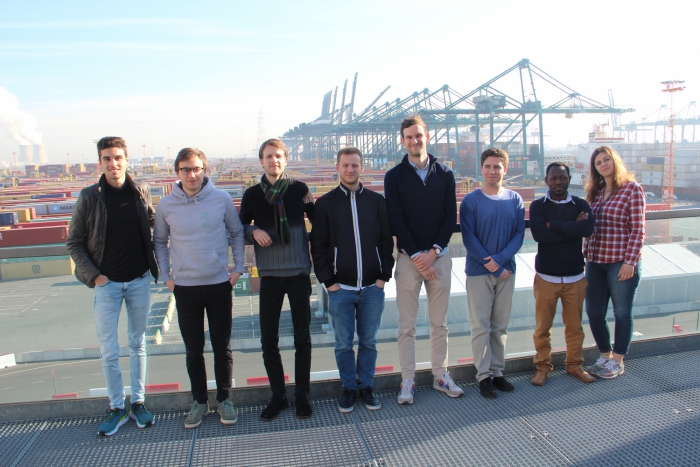 On the third field trip of the 2nd semester, the students headed  to the port area on the Left Bank of the Scheldt in Antwerp. Visits were made to ship company MSC and the MPET containerterminal at the Deurganckdok, and the AET terminal of Grimaldi and Mexico Natie. Also a tour at the village of Doel was on the programme. 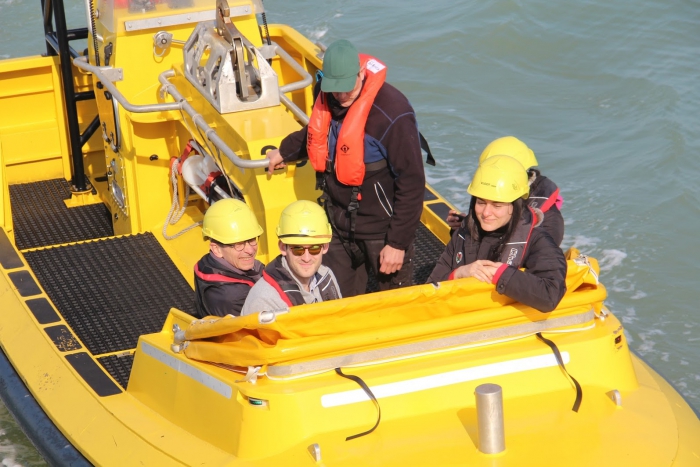 A special day trip on the water, offered by VLOOT: a boat trip on the Sirius from Ostend to Antwerp on Saturday 30 March. The trip was guided by Captain Yves Goossens, general manager of VLOOT. 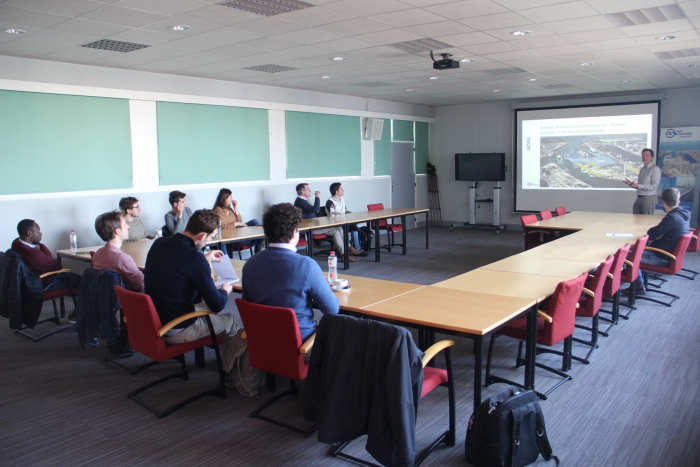 On March 22, the MSc group headed to Ostend for the second field trip of the 2nd semester. On the programme: a visit to Norther, which is installing a new wind farm on the Belgian part of the North Sea, the Maritime Rescue & Coordination Center (MRCC) and the Port Authority. 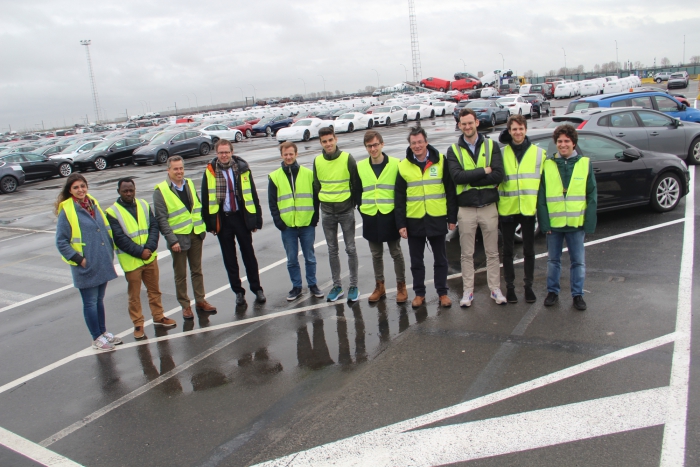 On the 15th of March a study visit was made to Zeebrugge: first there was a stop at the Port Authority and a bus tour through the port area and terminals of ICO, the biggest car handing company in the port. After a lunch offered by the Port Authority, the trip continued with a visit to ECS/2XL, a major logistic operator closely connected to port activity in Zeebrugge. Before heading back to Ghent, there was a small tour of a terminal of CLdN/Cobelfret, the biggest roro company operating from this port.