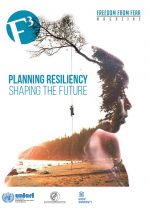 Eight to twelve million tons of plastics end up in the oceans every year. One of the targets of Sustainable Development Goal (SDG), Goal 14 on life below water, calls upon states to prevent and significantly reduce marine pollution of all kinds, in particular from land-based activities, including marine debris, by 2025. Following China’s ban of all imports of non-industrial plastic wastes in 2018, exports of plastic wastes by high-income countries have shifted to South East Asian countries putting unbearable stress on their waste management systems. Despite worldwide attention devoted to the ocean plastics crisis, these practices are likely to aggravate the problem. It shows that current efforts are not sufficient to achieve the SDG target 14 for marine plastic litter and microplastics. 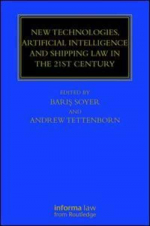 Botport law. The regulatory agenda for the transition to smart ports

In Soyer, B. and Tettenborn, A. (Eds.), New technologies, artificial intelligence and shipping in the 21st century, Abingdon, Informa from Routledge, 2020, pp. 90-104

The environmental provisions of the EU Seaports Regulation

Some considerations on the position of mooring services under the EU Seaports Regulation’, [2019] Porti & Servizi Tecnico Nautici (‘Ports and Technical-Nautical Services’, i.e. the review published by the association of Italian mooring men) 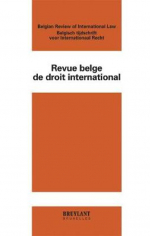 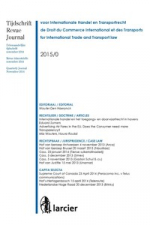 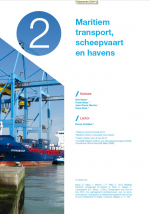 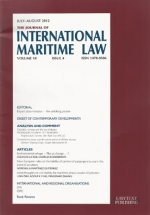 Sharing the responsibility of piracy prosecution: problems and opportunities

The current situation regarding responsibility for the prosecution of pirates is a fine example of outsourcing: Western countries dealing with pirate suspects often leave the prosecution and punishment of these individuals to local countries and only take up responsibility in very exceptional cases. This does, however, create problems and seems to jeopardise the traditional perception of pirates as ‘enemies of all mankind’, who should be fought off by the entire international community. At both national and international levels, this article highlights the ongoing issues and evaluates the measures that can be taken to restore the balance and involve more countries in the prosecution of piracy. It appears that the application of universal jurisdiction with regard to piracy offences is sometimes more of a curse than a blessing, which is why a shift of the primary responsibility to bring prosecutions against pirates to the flag state of the ship that has been attacked is worth at least some consideration. 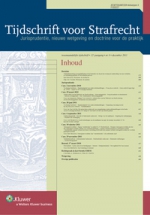 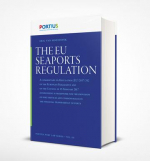 The EU Seaports Regulation. A commentary on Regulation (EU) 2017/352 of the European Parliament and of the Council of 15 February 2017 establishing a framework for the provision of port services and common rules on the financial transparency of ports, Antwerp, Portius Publishing, 2019, 1307 pages (a comprehensive manual on the aforementioned EU Regulation).

Professor Eric Van Hooydonk just published The EU Seaports Regulation, the long-awaited guide to EU Regulation 2017/352. This Regulation, which has applied from 24 March 2019, is the central European legislative framework for the operation of more than 300 seaports of the European Union (and the European Economic Area). The instrument organises the procedures under which port service providers can gain access to the market, the transparency of public port financing, and the levying of port service charges and port infrastructure charges. It also contains provisions on matters such as social protection, user and stakeholder consultation, complaint handling and penalties.

The EU Seaports Regulation provides an authoritative and comprehensive commentary on all provisions of the Regulation, taking into account its genesis, policy context and objectives, as well as the rich EU case law on the related rules of the Treaty and analogous EU legislation. An exhaustive analysis of the Travaux Préparatoires, numerous practical examples and selected references to national law make this book a must, not only for lawyers, but also for port and shipping professionals from both the public and private sectors. 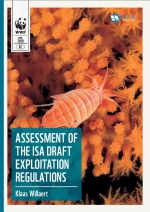 Beyond the boundaries of national jurisdiction, the ocean floor and its resources escape sovereignty claims and are governed by a complex regime, which determines by whom and under which conditions these natural resources can be mined. The rules and principles of the United Nations Convention on the Law of the Sea and the 1994 Implementation Agreement with regard to deep sea mining are further developed in regulations and procedures issued by the International Seabed Authority (ISA), governing prospection, exploration and exploitation of deep seabed resources. The Authority already issued rules for the first phases of mining activities (prospection and exploration), but is yet to adopt exploitation regulations. A draft version is however developed and official approval of these exploitation regulations is expected during the summer of 2020. The Draft Exploitation Regulations set out a thoughtful, balanced regime, but there is still room for improvement in various areas. This assessment aims to present a general overview of the discussed rules, identify the strengths and weaknesses of the Draft Exploitation Regulations of the International Seabed Authority and offer legally underpinned suggestions to improve these. 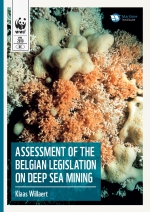 Assessment of the Belgian Legislation on Deep Sea Mining

Beyond the boundaries of national jurisdiction, the ocean floor and its resources escape sovereignty claims and are governed by a complex regime, which determines by whom and under what conditions these natural resources can be mined. This regime is formed by part XI and some annexes of the United Nations Convention on the Law of the Sea, the 1994 Implementation Agreement and detailed regulations of the International Seabed Authority (ISA). An important principle is that state-owned enterprises, private companies and natural persons wishing to pursue activities in the Area must be sponsored by the state of which they are nationals. Belgium therefore adopted legislation with regard to deep sea mining in 2013, implementing the international rules and issuing conditions for the granting of a sponsor certificate by the Belgian government. The Belgian legislation sets out a clear procedure and correctly implements the international principles, but there is room for improvement in various areas. This assessment aims to present a general overview of the Belgian legislation on deep sea mining, identify the strengths and weaknesses of both the Belgian law and the royal decree and offer legally underpinned suggestions to improve these. 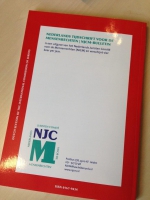 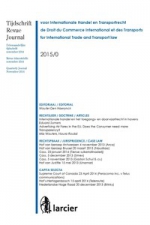 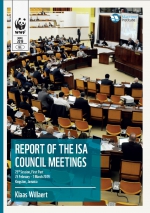 This report contains an analysis of the meetings of the Council of the International Seabed Authority during the first part of the 25th Session. 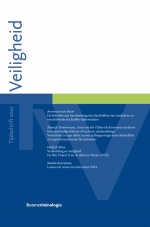 Until recently, Dutch merchant ships could not rely on privately contracted maritime security staff to protect themselves against pirates. On the one hand, the argument prevailed that the State had to retain the monopoly on the use of force and, on the other hand, one also feared for the escalation of violence or international incidents. Nowadays, however, more and more European countries allow for the use of privately contracted armed security personnel on board merchant ships. As a result, the Dutch Parliament has adopted a bill containing rules for the use of armed private security guards on board Dutch maritime merchant ships (Law to Protect Merchant Shipping 2019 (published in the Dutch official Gazette on June 7th, 2019)).
The author addresses the question whether because of the new law a level playing field will emerge with the Merchant Navies from the neighboring Flag States of Belgium, the United Kingdom, Spain and Denmark, presenting a comparative analysis of their domestic legislation.
The Dutch law clearly regulates the use of force and the master has the final responsibility for everything that happens under his authority. In principle, the security guards may only apply violence as the master has determined that it is necessary. Innovative is that there is a reporting obligation whereby every incident should be reported with images and sound recordings. It seems, however, that the law is especially made to protect and secure and not necessarily to provide a solution for situations in which pirates come on board.
It is clear that the intention of the legislator is to leave the monopoly on the use of force in the hands of the State. However, the adoption of this law to protect merchant shipping could constitute a first step in enabling the use of force by other actors than the State, which in itself is groundbreaking. Before being able to go on this road, there are still countless political (mainly related to the sovereignty of a State) and legal challenges (mainly concerning the use of force and respect for human rights) to be addressed. 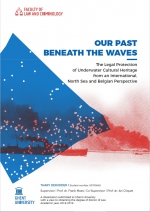 Our past beneath the waves : the legal protection of underwater cultural heritage from an international, North Sea and Belgian perspective 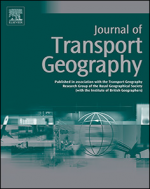 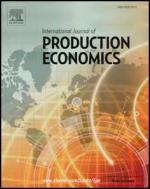 The International Maritime Organization (IMO) has agreed in 2018 on a reduction of total greenhouse gas (GHG) emissions from international shipping, which should lower the total annual CO2 emissions by at least 50% by 2050 compared to 2008.
Although extensive studies exist on the impact of international shipping at a global scale, few tools and empirical papers are available to assess the progress made so far in the shift towards carbon clean maritime supply chains. The paper identifies the key factors affecting CO2 emissions by container ships based on extant literature and business insights and measures how much has been already achieved in the past decade by offering multi-trade comparisons of the situations in 2007 and 2016.
The paper concludes to a general decrease in annual CO2 emissions estimated at 33% since 2007. Two factors explain this decrease: first, the CO2 fuel efficiency in grams per TEU-km (−53%) due to the general decrease in speed and change in technology, and second, the decrease from changes in network design leading to less
distance travelled (−21%). One factor counterbalances these positive effects, i.e. the increase in the total deployed fleet capacity, partly due to an increase in the number and average size of vessels (+81%). Finally, the paper discusses how these findings could be used by shippers and logistics service providers when designing
cargo routing solutions in a supply chain setting based on their carbon efficiency. 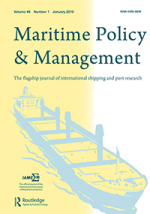 The relations between dry port characteristics and regional port-hinterland settings : findings for a global sample of dry ports

This paper aims at defining generic characteristics of dry ports by carrying out an analysis using a large sample of dry ports from around the world. The dataset includes details on 107 inland terminals worldwide.
All dry ports in the database have been selected from studies in the extant literature before being shortlisted to fit our research scope. Data collected include terminologies used, actors driving the development, terminal throughput, total area, services provided and the relation with the corresponding seaport(s). Using statistical analysis, the paper examines how dry port parameters are influenced by (1) a different terminal set up, like sea-driven and land-driven development, developed and developing system, dry port functions; (2) specifications of the seaport with which the dry port is connected, i.e. seaport traffic, connectivity,
utilization, etc. and (3) the transport leg linking dry ports and seaports.
The findings could be applied to the planning and development of inland nodes from the perspectives of different stakeholders.