Past
Event
Lecture by Anne Orford 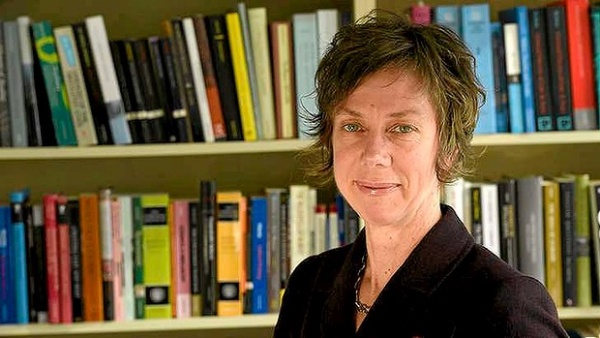 On 11-12 December 2017, Professor Anne Orford will give a public lecture on "Civil war, intervention, and the transformation of international law" (as part of the 2017-18 International Order & Justice Lecture Series at Ghent University). Prior online registration is required. Afterwards, Professor Orford will take part in a closed seminar with doctoral students. Separate online registration is required. 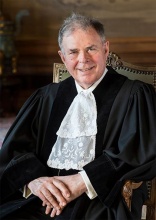 On 7 December 2017, Judge James Crawford will give a public lecture on "Public policy v. property protection - an international law perspective" (as part of the 2017-18 International Order & Justice Lecture Series at Ghent University and as keynote lecture in the context of the faculty's Freedom under Pressure conference - see: https://www.ugent.be/200/freedomunderpressure/en). Prior online registration is required. Afterwards, Judge Crawford will take part in a closed seminar with doctoral students. Separate online registration is required.

The lecture will take place on Thursday 7 December 2017 from 10h00-12h00 in Het Pand (Onderbergen 1), whereas the doctoral seminar is scheduled from 13h30-15h00 at the same day and location. For further questions, please contact Ms. Kristien Ballegeer. 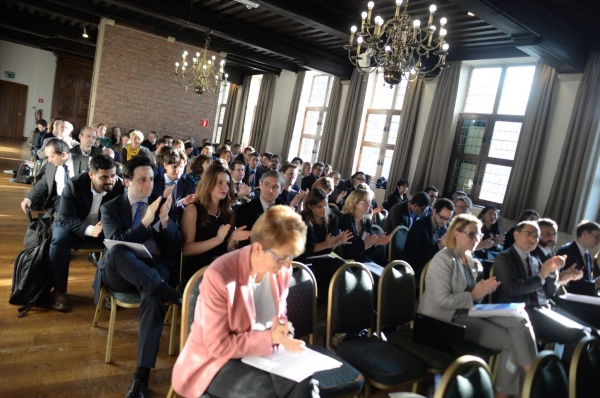 On 7 and 8 December 2017, Ghent University is organizing an international conference on the occasion of its bicentennial. The conference, entitled 'Freedom Under Pressure' will gather scholars and practitioners from various legal disciplines to discuss key fundamental rights and freedoms under pressure in three distinct areas: (1) data protection and privacy, (2) limits to freedom of movement in the EU, and (3) public policy meets property protection.

Track 3 'Public policy meets property protection' will feature panels on the 'use and abuse of international investment arbitration as a check on government action', 'limits to international immunity from execution' and 'targeted financial sanctions as a foreign policy tool'.

More information on the conference can be found here. 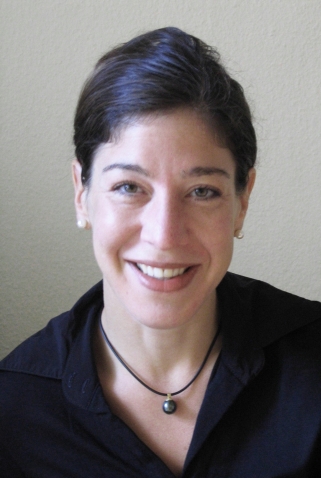 On 22-23 November 2017, Professor Anne van Aaken will give a public lecture on "Behavioural economics and international law" (as part of the 2017-18 International Order & Justice Lecture Series at Ghent University). Prior online registration is required. Afterwards, Professor Van Aaken will take part in a closed seminar with doctoral students. Separate online registration is required.

Prof. Van Aaken is currently professor of Law and Economics, Legal Theory, Public International Law and European Law at University St Gallen. She is the Vice-President of the European Association of Law and Economics, Chair of the Programmatic Steering Board of the Hague Institute for the Internationalisation of Law, Member of the Executive Board of the European Society of International Law and Member of the ILA Committee on Non-State Actors. She has also acted as an expert consultant for the World Bank, the OECD and UNCTAD.

The lecture will take place on Wednesday 22 November 2017 from 17h00-18h30 in Auditorium A (Universiteitstraat 4), whereas the doctoral seminar is scheduled for Thursday 23 November 2017 from 10h00-11h30 in the Facultaire Raadzaal (Voldersstraat 3). For further questions, please contact Ms. Kristien Ballegeer. 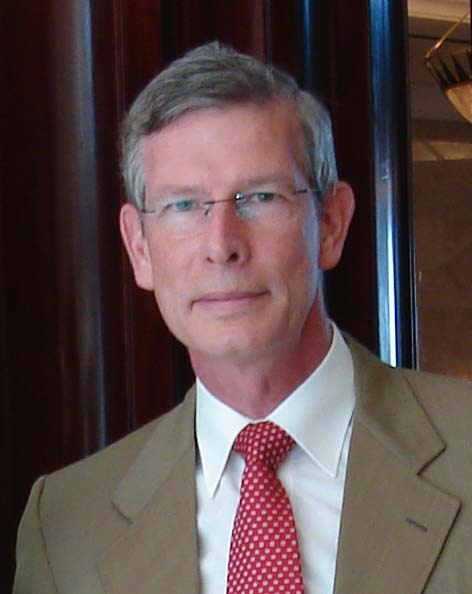 On 31 October 2017, Professor Erik Francxk will give a public lecture on "The UN Convention for the Law of the Sea and the scramble for the Arctic" (as part of the 2017-18 International Order & Justice Lecture Series at Ghent University). Prior online registration is required. Afterwards, Professor Franckx will take part in a closed seminar with doctoral students. Separate online registration is required.

Prof. Franckx  is a professor at the Vrije Universiteit Brussel and Director of its Department of International and European Law. He moreover has teaching assignments (in chronological order) at Vesalius College VUB, Université Libre de Bruxelles, the Brussels School of International Studies (University of Kent at Canterbury), and the Université Paris-Sorbonne Abu Dhabi.

The specific times and locations for both events will be posted here as soon as possible. In the meantime, for further questions, please contact Ms. Kristien Ballegeer.

On 9 May 2017, Prof. Nienke Grossman will teach an interactive seminar on 'Gender and Diversity in Research: Women in International Legal Academia' for doctoral researchers in the Faculty Board room, Voldersstraat 3, Ghent, from 12.00 - 13.30 p.m.

Prof. Grossman will also give a second public lecture on the legitimacy of the International Court of Justice, which will be open to students and researchers. Participation in the lecture is free of charge, yet prior registration is required (please notify attendance to Ms. Kristien Ballegeer - Kristien.Ballegeer@ugent.be). The public lecture will take place in the Pleading room, Universiteitstraat 4, Ghent, from 9.30 - 11.15 a.m. 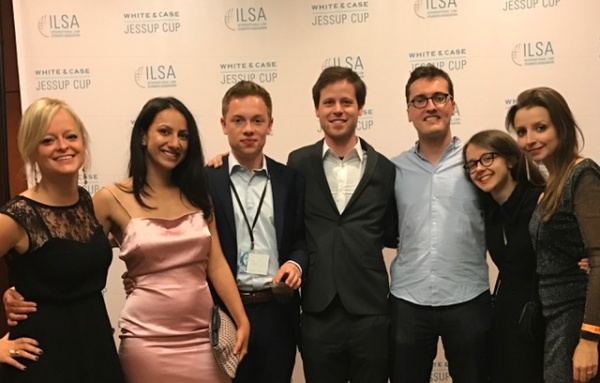 Globally the Ghent Jessup team ranked 25th out of 129 participating universities in the international rounds and more than 600 universities that participated worldwide – an irrefutably outstanding result, particularly in view of the fact that this was the largest Jessup competition thus far. Throughout the course of the preliminary rounds of the international component of the competition, the Ghent Jessup team was paired against the MGIMO University from Russia, the Law Society of Ireland University of Ireland, An Najah National University, and Eastern University from Bangladesh. Having done extremely well in these preliminary rounds, the Ghent Jessup team subsequently proceeded as the only Belgian team to the advanced rounds of the international component of the competition, where it unfortunately was defeated by the team from Kings College London.

In addition to having ranked 25th globally, the achievements of Ghent University are praiseworthy, as Carl Vander Maelen ranked 24th best oralist and Thomas Vande Velde 31st best oralist of all participating students from the 129 universities in the international rounds. Furthermore, this year’s achievements were novel and outstanding as Ghent University was awarded fourth place for the combined memorials out of more than 600 universities participating globally. Needless to say this is unprecedented and a testament to the effort, time and enthusiasm put into the written work by the Ghent Jessup team.

The Jessup Competition was ultimately won by the University of Sydney (Australia) following a suspenseful final round against Norman Manley Law School (Jamaica) in an incredibly active round presided over by the esteemed James Crawford, Bruno Simma and Patrick Robinson.

As was the case last year, the team was coached intensely by Professor Dr. Frank Maes, Laurence Lambert, Joyce De Coninck and Hendrik Schoukens within the context of the Advanced Course Moot Court Public International Law. In addition thereto, a number of colleagues joined in on training sessions in order to simulate the actual pleading rounds the students would be confronted with during the national and international rounds, so as to prepare the students as best as possible. The case this year concerned the regulation of shared waters resources, the (human) right to water, cultural property and world heritage, as well as refugee flows. 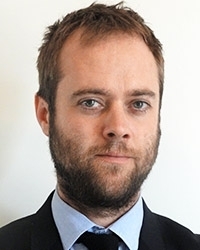 On Wednesday 19 April (12am), Prof. Dr. Eric De Brabandere will be joining the GRILI research meeting to give a guest lecture on 'the public-private divide in investment arbitration'. Prof. De Brabandere is Professor of International Dispute Settlement at Leiden University (and an alumnus of Ghent University). 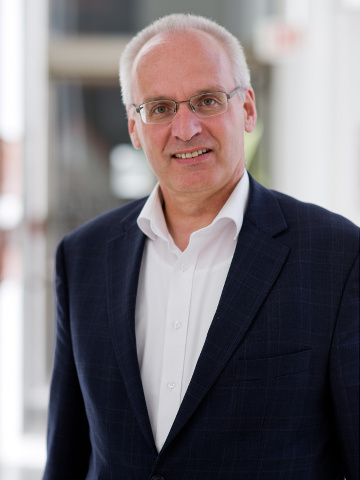 On 30 March 2017, the Universities of Ghent, Lille 2 and Louvain-la-Neuve will be holding a first 'GL2IRS' International Law Research Seminar. The seminar will be attended by Prof. Georg Nolte, Chair for Public Law, Public International Law and European Law at the Humboldt University of Berlin and Member of the UN International Law Commission. The closed seminar will deal with the report prepared by Prof. Nolte (in his capacity as Special Rapporteur for the ILC) on 'subsequent agreements and subsequent practice in relation to the interpretation or treaties'.

This first GL2IRS seminar is scheduled to take place at the University of Louvain-la-Neuve on 30 March between 2pm and 7pm. For further information, please contact prof. Pierre d'Argent (pierre.dargent@uclouvain.Be). 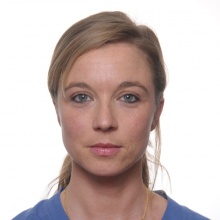 On Tuesday 14 March 2017, Ms. Mélanie De Groof will give a guest lecture on the role of fact-finding missions and commissions of inquiry. Ms. De Groof will draw in particular from her experience as the arms expert of the Panel of Experts on the Central African Republic established by the UN Security Council.

This event will take place from 9.30 until 11 a.m. in the Pleading room (Pleitlokaal), Universiteitstraat 4, Ghent. Attendance is free of charge, yet prior registration is required with Ms. Kristien Ballegeer (Kristien.Ballegeer@ugent.be).

Ms. De Groof holds a master’s degree in law (Antwerp University) and an LL.M in European and International law (Maastricht University). From February 2013 to March 2015, she was a researcher at the Group for Research and Information on Peace and Security (GRIP) in Brussels. Her research work focused on the normative framework governing arms transfers, the use of unmanned aerial vehicles, and the threat or use of force in international relations. Prior to joining GRIP, Mélanie de Groof worked as a researcher at Maastricht University (2005-2010), Human Rights Watch (2011) and Handicap International (2011). She conducted several field missions in Ivory Coast, Ethiopia, Haiti, Colombia, Kenya and the Central African Republic. 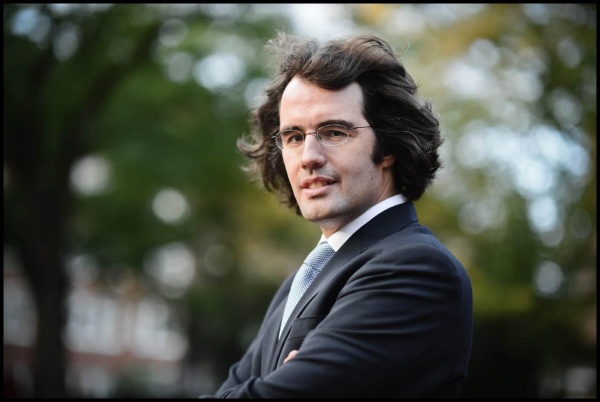 On 20 February 2017, Prof. Jean d'Aspremont will give a public lecture on 'International Law as a Belief System'. The lecture, which is open to students and researchers alike, will take place between 9.45am and 11.30am in Auditorium A. Participation in the lecture is free of charge, yet prior registration is required. Please notify your attendance to Ms. Kristien Ballegeer - Kristien.Ballegeer@ugent.be.

In addition to the public lecture, Prof. d'Aspremont will teach an interactive seminar on 'Contemporary Challenges in Valorising Research in International Law' for doctoral researchers. Outputs generated by research in international law call for a wide variety of modes and strategies of valorisation. Huge variations can be distinguished in this respect. The envisaged interactive seminar will provide an opportunity for researchers to reflect on some of the common (and less common) modes and strategies of valorisations as well as the challenges to which researchers in international law are confronted when they make choices about how to valorise their research. The seminar will take place between 12pm and 1.30pm in the Facultaire Raadzaal. Please notify your attendance to Ms. Kristien Ballegeer (Kristien.Ballegeer@ugent.Be).