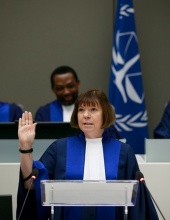 On 2 December 2020, Judge Kimberly Prost will give a public lecture (from 13.00 to 14.30) as part of the 2020-21 International Order & Justice Lecture Series at Ghent University (Volume III).  The title of the lecture is 'Standing at the intersection of law and politics - The role of the Ombudsperson to the Security Council ISIL (Da’esh) and Al Qaeda Sanctions Committee'. Judge Prost will also take part in a closed seminar (from 11.00 to 12.30) with (post-)doctoral researchers.

Prior to her election as judge of the ICC as of 11 March 2018, for a term of nine years, Judge Prost served as Chef de Cabinet for the President of the International Criminal Court for a two year term. Before joining the Court, she was appointed in 2010 as the first Ombudsperson for the Security Council Al Qaida Sanctions Committee. In July 2006, she was appointed to sit as an ad litem judge of the International Criminal Tribunal for the former Yugoslavia on a multi-accused trial (Popovic et al) related to events at Srebrenica and Zepa. Earlier in her career, Judge Prost worked for the Canadian Department of Justice for 18 years. She participated in negotiating over 40 extradition/mutual legal assistance treaties and was a member of the Canadian delegation for negotiating the Rome Statute of the International Criminal Court and the UN Conventions against Transnational Organized Crime and Corruption.

On 19 November 2020, Ambassador Marja Lehto will give a public lecture (from 11.00 to 12.30) as part of the 2020-21 International Order & Justice Lecture Series at Ghent University (Volume III). The lecture is entitled 'Environmental protection and armed conflict - a framework of international law and practice'.

Marja Lehto from the Finnish Ministry for Foreign Affairs was appointed Special Rapporteur of the UN International Law Commission (ILC) in 2017 and has continued the work started four years prior on defining the principles of environmental protection in armed conflicts. Last year, the ILC adopted on first reading 28 draft principles, which were discussed at the UN General Assembly on 30 October–5 November 2019. Ambassador Lehto was also elected to the Council of the International Institute of Humanitarian Law (IIHL) International Institute of Humanitarian Law on 6 September 2019. She has written extensively on a variety of international law topics, including international terrorism, criminal justice and women and development, and has participated in numerous international negotiations and conferences, including the conferences leading to the establishment of the International Criminal Court.

For all practical information, see the Lecture Series flyer! 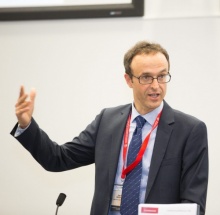 On 22 October 2020, Jean-Marie Henckaerts will give a public lecture (from 14.00 to 15.45) as part of the 2020-21 International Order & Justice Lecture Series at Ghent University (Volume III). The lecture is entitled 'Treaties over time: interpreting the Geneva Conventions 70 years after their adoption'. Mr Henckaerts will also take part in a closed seminar (from 12.00 to 13.30) with (post-)doctoral researchers.

Jean-Marie Henckaerts, of Belgian nationality, is head of the ICRC project to update the Commentaries on the Geneva Conventions of 1949 and their Additional Protocols of 1977. The first milestone of this project was reached in 2016 when the updated Commentary on the First Geneva Convention was released online and published in print by Cambridge University Press. The second milestone was the online publication of the updated Commentary on the Second Geneva Convention in May 2017. Prior to this, he was the head of the ICRC’s project on customary international humanitarian law. He is a co-author of the ICRC study on the subject. He has published numerous books and articles on international law, international humanitarian law and human rights law. 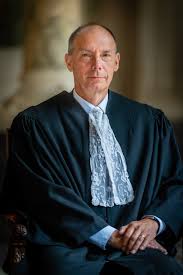 On 14 October 2020, Philippe Gautier will give a public lecture (from 13.00 to 14.30) as part of the 2020-21 International Order & Justice Lecture Series at Ghent University (Volume III).  The title of the lecture is 'The ICJ and the peaceful settlement of disputes between States: New Challenges'. Mr Gautier will also take part in a closed seminar (from 15.00 and 16.30) with (post-)doctoral researchers.

Philippe Gautier, of Belgian nationality, was appointed to the post of ICJ Registrar on 22 May 2019. He was the Registrar of the International Tribunal for the Law of the Sea (ITLOS) since 2001, having served as Deputy-Registrar of the same Tribunal from 1997 to 2001. Prior to that, he had held the positions of Deputy Director, Head of the Law of the Sea/Antarctica Office (1991-1995), and Director, Head of the Treaties Division (1995-1997), at the Belgian Ministry of Foreign Affairs. Mr. Gautier is a member of various scientific and learned bodies, extraordinary professor at the Université catholique de Louvain and a visiting professor at various other universities, where he lectures on several aspects of international law, in particular the law of the sea. He is also the author of numerous publications. The Registrar assists the Court in the exercise of its judicial functions and is responsible for diplomatic relations between the Court and States. He is also responsible for all the departments and divisions of the Registry. 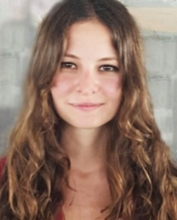 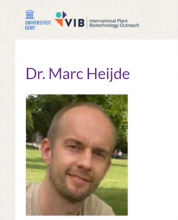 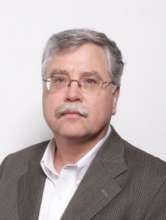 On Monday 27 April there is a class on genetic resources, within the course ‘International and European Biodiversity Law’ by Prof. An Cliquet. There are 3 speakers:

The guest lectures take place from 2:30 until 5:30 PM, in auditorium Pleitlokaal.

On Monday 9 March, Ms. Antonella Calle Avilés will give a guest lecture on rights of nature in Ecuador. The lecture is organized by Catapa, an NGO working on the impact of mining on the environment and human rights.

The guest lecture is part of the course ‘International and European Biodiversity Law’ by Prof. An Cliquet. It takes place from 2:30 until 5:30 PM, in auditorium Pleitlokaal. 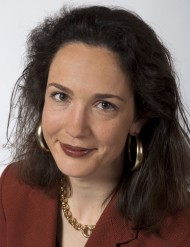 On 3 March 2020, Dr. Sarah Nouwen will visit the Ghent Rolin-Jaequemyns International Law Institute for a public lecture and an interactive seminar with (post-)doctoral researchers.

First, Dr. Nouwen's lecture will be on What's Missing in the Proposed Convention on Crimes against Humanity? The Peaceful Settlement of Disputes. Appropriately, it takes place in the context of Prof. Ruys' eponymous course from 9.30 until 11 AM in the Pleading Room (Pleitlokaal), Universiteitstraat 4, Ghent.

Second, the seminar will discuss Best Research Practices, using as a starting point her award-winning article for the Leiden Journal of International Law - entitled "As you set out for Ithaka": Practical, Epistemological, Ethical and Existential Questions about Socio-legal Empirical Research in Conflict. The seminar will take place from 12 until 1.30 PM in the Liberty Meeting Room, Universiteitstraat 4, Ghent.

Attendance to both events is free of charge, yet prior registration is required with Ms. Kristien Ballegeer. 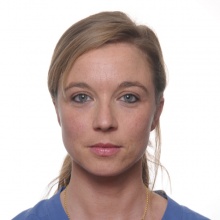 On Tuesday 18 February 2020, Ms. Mélanie De Groof will give a guest lecture on the role of fact-finding missions and commissions of inquiry. Ms. De Groof will draw in particular from her experience as the arms expert of the Panel of Experts on the Central African Republic established by the UN Security Council.

This event will take place from 9.30 until 11 AM in the Pleading room (Pleitlokaal), Universiteitstraat 4, Ghent. Attendance is free of charge, yet prior registration is required with Ms. Kristien Ballegeer.

Ms. De Groof holds a master’s degree in law (Antwerp University) and an LL.M. in European and International law (Maastricht University). From February 2013 to March 2015, she was a researcher at the Group for Research and Information on Peace and Security (GRIP) in Brussels. Her research work focused on the normative framework governing arms transfers, the use of unmanned aerial vehicles, and the threat or use of force in international relations. Prior to joining GRIP, Mélanie de Groof worked as a researcher at Maastricht University (2005-2010), Human Rights Watch (2011) and Handicap International (2011). She conducted several field missions in Ivory Coast, Ethiopia, Haiti, Colombia, Kenya and the Central African Republic.