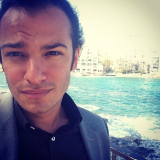 Jivan Dasgupta started his professional career as a lawyer at the Brussels bar. In 2012 he joined the Office of the Belgian Deputy Prime Minister and Minister of Economy, Consumer Affairs and the North Sea where he served as energy and maritime policy advisor. Subsequently, he acted as legal advisor to a number of private companies active in the field of renewable energy, waste treatment and the development of maritime infrastructures.

In 2017 Jivan Dasgupta joined Ghent University as senior researcher. His research focuses on the regulatory framework for marine plastic litter and microplastics and deep sea mining in areas beyond national jurisdiction.