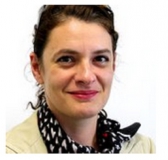 Prof. Dr. G. Gonsaeles is lecturing Law of the Sea & General Introduction to Belgian Public and Private Law at the Antwerp Maritime Academy, and Environmental Legal Problems in Maritime & Transport Law at the Antwerp University. Since 2012 she is also teaching Legal Aspects of Hydrography within the IHO-accredited programme for hydrographers (Level B), as organised by the Institute for Hydrography. She remains connected as an ad hoc Sr. Scientific Researcher with the Maritime Institute / Public International Law Dept. of the Ghent University, where she started her career back in 1998.

She has a particular interest in international and European law and its interference with the law of the sea. Next to closely following the evolutions within the liability and compensation regimes for marine pollution, she was also involved in several policy-preparing research projects on the implementation of international and European regulations in internal law, such as the Flemish Decree of 18 July 2003 on Integrated Water Policy.

Prof. Dr. G. Gonsaeles holds a position as Legal Advisor to the Belgian Coast Guard. Before, she worked at the Head Office of the Maritime and Coastal Services Agency of the Flemish Government providing legal support to, inter alia, the Permanent Commission for the Scheldt Navigation. Herewith, special emphasis was put on the implementation of international and EU maritime safety regulations, the establishment of off-shore wind energy farms in the Belgian Part of the North Sea and legislation on places of refuge. She is also designated as National expert on the Law of the Sea to the International Hydrographic Organisation (IHO).

She therefore has an unique experience in the relationship between international and European maritime law and holds a considerable number of publications in the field (see publications).